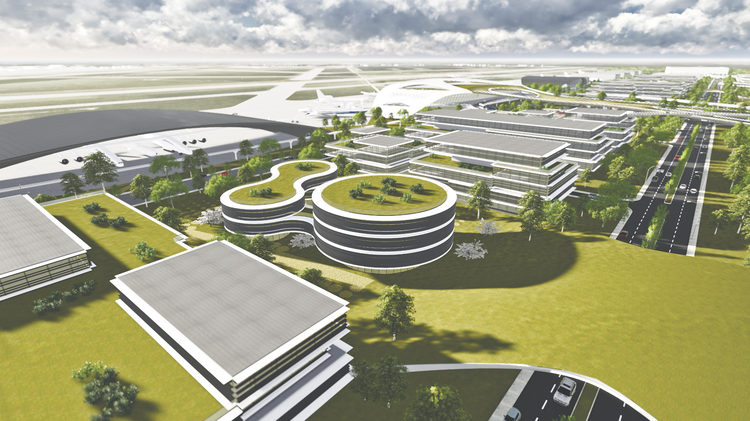 The project will break ground June 7, according to the Houston Airport System. It will be built on 8.3 acres in the south quadrant of the Ellington Airport and will provide space for manufacturing and office workers. Hamilton Sundstrand will also have right of first refusal to lease another 8 acres within three years.

“Throughout our 40 years as a business, we’ve seen the significance of space and air travel for Houstonians and are honored to have been chosen to provide our professional expertise to Hamilton,” Griffin Partners Chairman Fred Griffin said in a statement. “We look forward to working closely with the Houston Spaceport group to provide Space City with a premier facility.”

When it is completed next summer, the Hamilton Sundstrand facility will provide 50,000 square feet of corporate office space, and an additional 10,000 square feet will be used as accelerator space for budding entrepreneurs and businesses.

Hamilton Sundstrand’s facility is expected to bring an additional 250 jobs to the city.

On May 19, Houston City Council approved two measures related to the anchor tenants’ facilities at the spaceport.

Both measures appropriated funds from the Airport System Consolidated 2011 AMT Construction Fund for capital improvements related to the projects.

Axiom’s project is expected to start construction in the fourth quarter of 2021 or first quarter of 2022 and be complete within 24 months. The facility is expected to employ around 1,000 people, including engineers and technicians. Axiom currently employs about 200 people in Houston and is temporarily leasing 60,000 square feet of office space in the Clear Lake area.

Axiom’s new 430,000-square-foot facility will include high bay space, hangar, flight development and testing space, office space, astronaut facilities and parking on approximately 22.5 acres. The company also will have right of first refusal on another 9.76 acres.

For both projects, the capital improvement appropriations approved May 19 will be reimbursed by the Houston Airport System and charged back to Collins and Axiom under a cost-recovery methodology. If Axiom decides not to enter into a lease agreement, it will have to pay back all of the money reimbursed under its appropriation.