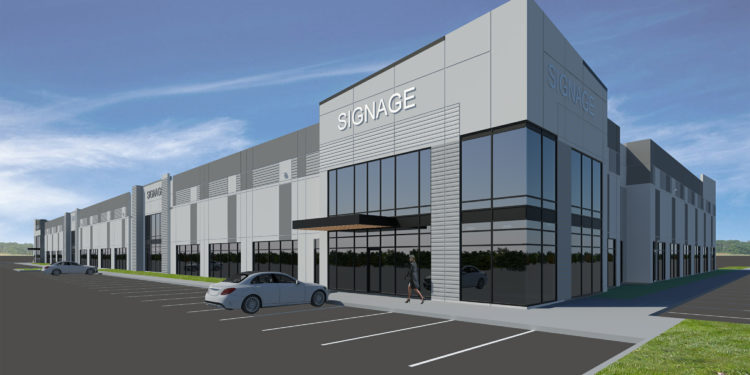 Colorado-based Etkin Johnson Real Estate Partners broke ground today on Phase I of EDGE 470, a new 334,000-square-foot Class A industrial/flex campus located near E-470 and Chambers Road in Parker. Slated for completion in Q3 2020, Phase I includes the development of two approximately 80,000-square-foot buildings on 12.8 acres. 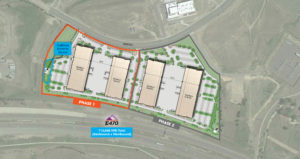 “Every detail of EDGE 470 is designed to give tenants a competitive edge in the market, providing some of the highest visibility and accessibility in the area,” said Dave Klebba, partner at Etkin Johnson. “As the metro area continues to grow, Southeast Denver is attracting high-caliber companies looking to take advantage of the highly educated workforce and lower cost of living.”

Earlier this year, Etkin Johnson announced the purchase of 28 acres for the construction of EDGE 470, citing the increased demand of the southeast office and industrial market as a significant draw to the area. The project will be developed in two distinct phases with two buildings planned for each phase. Tenants will have access to E-470 from either Chambers Road or Peoria Street.

Over the last decade, Denver’s southeast market has attracted dozens of companies due to its affordable cost of living, highly educated workforce and connectivity to an expanding transit infrastructure. Prominent companies in the area include Charles Schwab, Comcast, Western Union and Sierra Nevada Corporation.