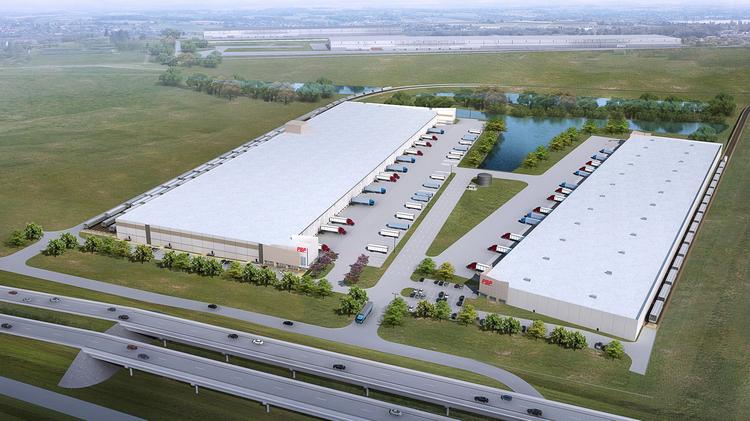 PBP currently is on 68 acres at 515 E. Grand Parkway S. in Baytown, and the new facility is being constructed adjacent to the company’s existing building.

Dallas-based Trammell Crow Co. is the developer for the 519,224-square-foot project, which is being built on land acquired by an affiliate of Canadian real estate investment trust Artis REIT this past spring, according to a press release from Trammell Crow. Jim Pratt and Mike Taetz with Colliers International represented PBP in the deal.

The facility’s form, fill and seal production line will be able to process 70 tons of resin per hour, and there will be about 9,500 track feet of rail for PBP to store and switch rail cars. Union Pacific and Burlington Northern Santa Fe serve PBP’s property.

“Gulf Coast chemical companies are continuing to ramp up resin production, reaching an estimated 54 million metric tons of resin per year by 2020, much of which will be exported outside of North America,” Daniela Dell’Oglio, an owner with PBP, said in the release. “Our new, state-of-the-art facility has been designed to serve this rapidly growing market.”

Beaumont- and Houston-based Trans-Global Solutions Inc., which has been the rail service provider for the massive industrial park since its inception, is the majority owner of TGS Cedar Port Partners LP, which bought Cedar Port Industrial Park for an undisclosed amount in 2014.