HOUSTON – October 26, 2017 – Powers Brown Architecture announces the opening of the firm’s Canadian Headquarters in Toronto providing architecture, interior design and urban design services to Ontario and surrounding provinces. Building upon the firm’s successful Canadian operations, this brings the firm’s total number of offices to five including the two-year-old Atlantic Canada location, the firm’s first international office, along with its Houston, Washington, D.C. and Denver offices.

Angelo Jr. Rapanos, OAA, AIBC, AAA, MRAIC, will serve as managing principal for all Canadian operations. Rapanos received his Master’s Degree at the University of Calgary, Alberta, after graduating from Royal St. George’s College in Toronto. He has been practicing for the last 10 years in Ontario as well as experience in both the Vancouver and Calgary markets. His extensive experience has included stints at Arthur Erickson and Regional Leader for Western Canada with HOK.

“I’ve seen several American firms come into Ontario in the past several years but none as culturally well-suited to the market as Powers Brown Architecture. I believe the firm’s approach will be well received by the client base here. In addition, they have been working in Canada so we have a good running start,” said Rapanos. “I am excited to be leading the way.”

“Powers Brown Architecture’s approach to our work and clients 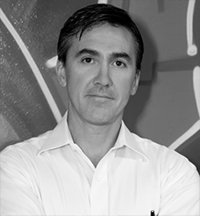 is a cultural system we believe in and Angelo believes in as well. We know he will have better success creating our Toronto location on that system rather than having to acquire a firm and work to integrate cultures,” remarked Jeffrey Brown, FAIA, OAA, NLAA, founding principal. “Many of the developers we currently do business with in our U.S. offices, do business in Canada as well and with the success of our Atlantic Canada office, we determined it was time to expand into Toronto with plans for further expansion into additional Canadian markets.”

About Powers Brown Architecture
Powers Brown Architecture is a professional services firm with offices in Houston, Washington D.C., Denver, Toronto and St. John’s, NL. The firm maintains a diverse architecture, interior and urban design practice that spans from regional to international projects. Founded in 1999 the firm has built a reputation for iconic design balanced by leading edge technical research including its award winning work in its Tilt Lab™ component. The firm has produced more than 80 award-winning projects recognized by local, regional, national, and international organizations. Its work spans six countries, more than 20 states and numerous building types including educational, office, industrial, urban design and multi-family housing. Powers Brown Architecture has consistently ranked in the Top 200 Architectural Firms in the United States according to Architectural Record.