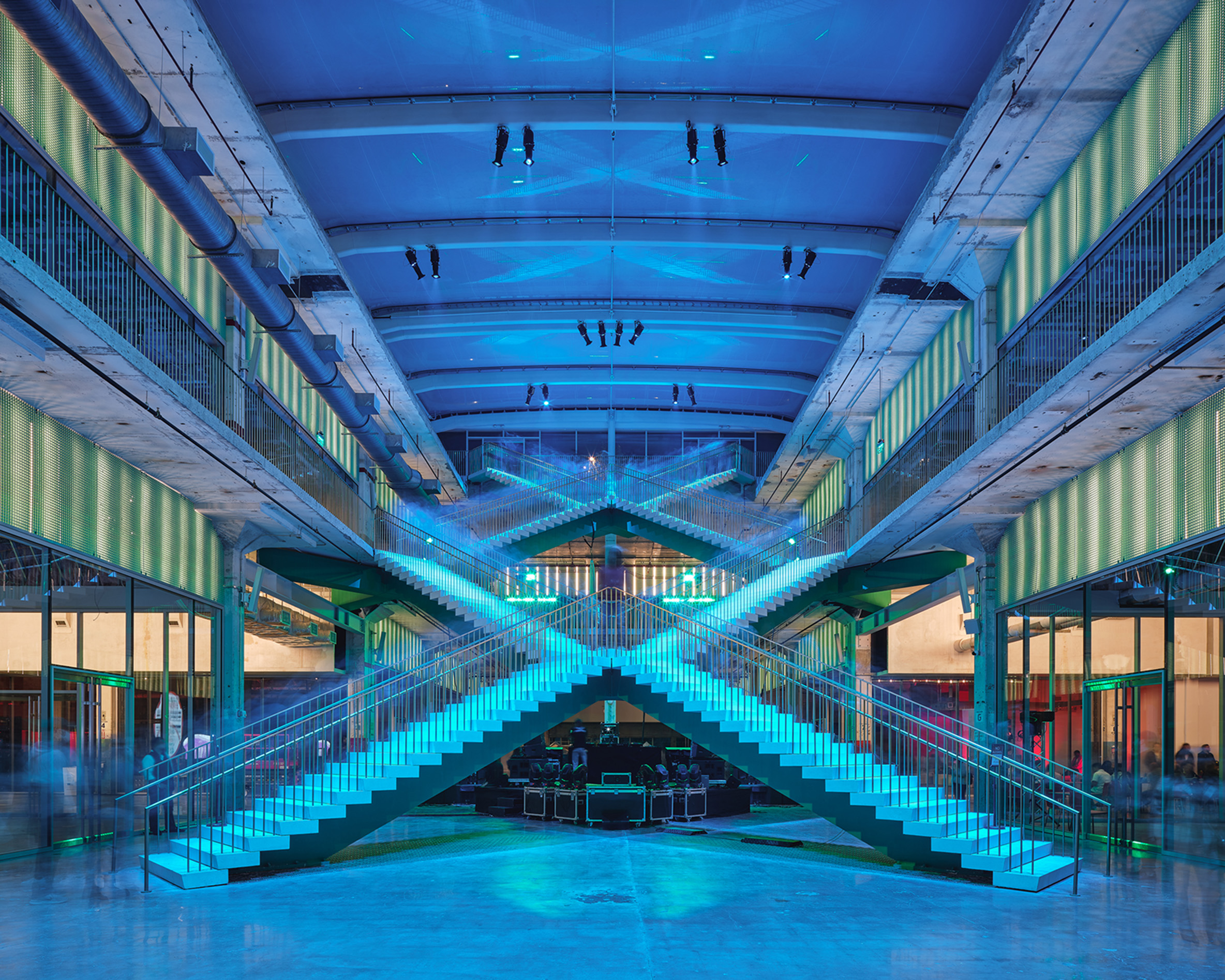 POST Houston, a renovation by OMA and Powers Brown Architecture of an existing building at the edge of downtown, simultaneously embodies the progress the city has made and suffers due to the work that remains to be done.

The formerly anonymous building, neutral in material and lacking the height needed to stake a claim on the skyline, now possesses a presence from the elevated highways that surround it, thanks to the verdant landscape and clear glass volumes that have sprouted up from its rooftop. Since closing in 2015, the former Barbara Jordan Post Office — named for the first black woman elected to the Texas State Senate, who was also the first black woman to represent any Southern district in Congress — has sat mostly vacant, nestled into the knuckle of Interstate 10 and Interstate 45 and flanked by Buffalo Bayou to the south and the rails of Houston’s Amtrak station to the north. The 1960s building designed by Wilson, Morris, Crain, & Anderson (who also designed the Astrodome) went on the market after the post office relocated its operations. Lovett Commercial, the sole investor, purchased the property months after the post office closed its doors, intending to reuse the existing building.

The reoccupation of the building remains a work in progress. A music venue, food hall, and rooftop garden currently serve as energetic hubs of activity, but much of the building between these hubs remains vacant. The building provides spaces for retail and co-working, but those spaces have yet to find occupants.