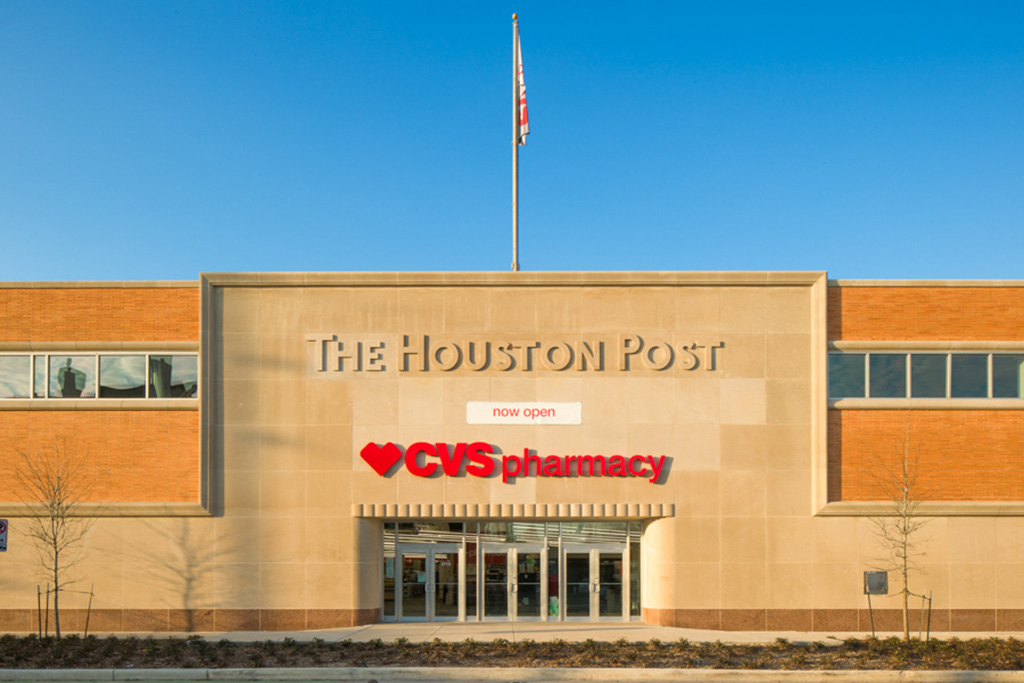 The project has been under development since last year, lead by Powers Brown Architecture and Burton Construction.

According to the developer, Printhouse will have several first floor retail and hospitality spaces, with additional office spaces on the second and third floors. Plans for the building also include a rooftop terrace overlooking the downtown skyline.

CVS Pharmacy has already signed on as the anchor tenant of the project. The 14,000-square-foot store opened in February 2022.

David Foor, a vice president at Lovett Commercial, said the CVS store “will be a welcomed and necessary addition to residents living in this fast-growing neighborhood.”

Printhouse is one of six current adaptive reuse projects that Lovett Commercial is developing throughout the city.