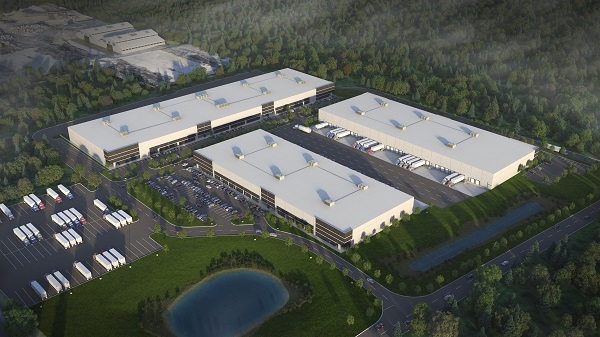 A rendering of the industrial buildings planned for Northlake II. (Images courtesy of JLL)

A new section of buildings at Hanover’s Northlake industrial park is getting underway, with a Maryland-based development firm at the helm for its first project in the Richmond market.

Matan Companies, headquartered in Frederick, Maryland, is starting site work next month for the first three of five planned industrial buildings that will make up Northlake II, slated to fill 63 acres off Harley Club Drive next to the General RV Center along Interstate 95.

An entity tied to the Michigan-based RV company owns the site where Matan will develop the five buildings totaling 655,000 square feet of Class A industrial space. JLL is handling marketing and leasing for the buildings, with the real estate firm’s Gareth Jones, Chris Avellana and Charlie Polk its local boots on the ground.

The first three buildings are scheduled for completion next spring, with the rest of the section filling out by mid-2022. The single-floor buildings will range from 91,000 to 192,000 square feet, with four of the five buildings exceeding 100,000 square feet.

Space will be leased at a minimum of 20,000 square feet. The buildings will feature 32-foot ceiling clearance heights, dock-high doors and trailer drop areas.

No tenants are signed on for the buildings as of yet, though Matan and JLL are fielding interest from prospective users. Company principal and leasing director JP Matan said interest is coming from distributors and other users looking to serve the region’s growth, such as contracting firms or HVAC suppliers.

A rendering of one of the planned industrial buildings.

“These buildings are pretty flexible in their design to accommodate a lot of different users, from warehousing all the way to biotech,” he said. “We’re building them on a speculative basis and targeting size ranges of tenants, not specific sectors.”

The Hanover County Economic Development Authority has been marketing Northlake II as a prime location for warehouse and logistics, pharmaceutical, food and beverage production, and light manufacturing and assembly operations.

The EDA has described the site as the last large tract available to be developed in Northlake Park, which spans 400 acres and is home to Richmond Harley-Davidson, McGeorge RV and Airstream of Virginia, among other tenants.

Jamie Minkler, Matan’s acquisitions director, said the company was alerted to the site via JLL, which it has worked with on development projects primarily in the D.C. area. He said the site’s access to Route 1 and the interstates was a draw, as well as its location beside Amazon’s fulfillment center next door.

“That’s something we look at — where is Amazon — because they have a big presence in your market,” Minkler said. “It really laid out nicely for a multi-building site. In Richmond, there’s a lot of big boxes, but we typically build smaller buildings that can accommodate the smaller users that are servicing the growth in the area.”

Matan is under contract to purchase the site, which Minkler said is the last available parcel among the nearly 70 acres that General RV Center amassed in 2017. Minkler emphasized that the RV dealership will remain at its location beside I-95. 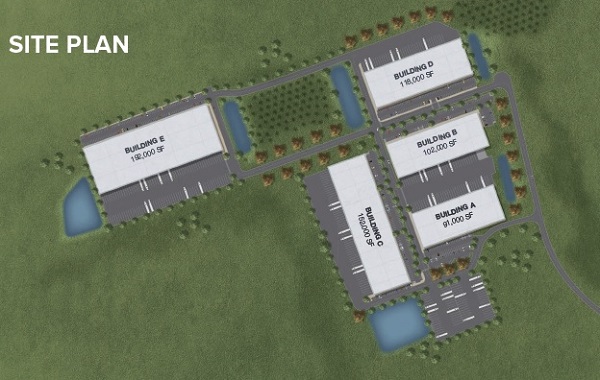 Minkler said the purchase of the land for the first three-building phase is set to close at the end of May, while the rest of the site is scheduled to close in the first quarter of next year.

Hanover County property records available online do not list the latest assessment value for all of the parcels that make up the site. Matan put the project’s total development cost, including land acquisition, at $60 million.

The company is working with Richmond-based Timmons Group on engineering for the project. Powers Brown Architecture, based in Falls Church, is designing the buildings. A contractor has not been announced.

Minkler said Matan has been looking to enter the Richmond market due to new distribution developments that he said have enhanced the region’s supply chain capabilities. He said it zeroed in on Northlake about 18 months ago, just before the pandemic hit.

He added that the company is looking to further invest in the market.

“The logical expansion of what we do, these projects like Northlake, was down 95,” Minkler said. “This is the first project outside of the D.C. area that we’ll break ground on, and we are actively looking for additional sites.”