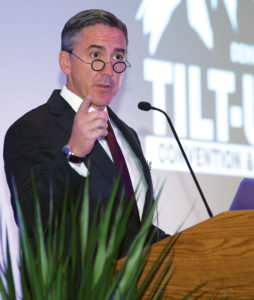 At the 2017 Tilt-Up Convention and Expo in Miami I took the opportunity to recognize several individuals who went above and beyond in their service to this organization. Notably missing was our immediate past president, Jeffrey Brown, who for the first time in perhaps a decade, could not attend, as he was supporting his business while it battled through issues presented by Hurricane Harvey in Texas. So, I will take this opportunity to thank him here in order to help everyone understand the depth of his impact on this industry and this organization. I want to do this not only to affirm his impact but also to inspire new leaders to emerge.

Jeffrey joined the TCA Board of Directors in the same year I joined the TCA. It was perfect timing. We immediately connected, as I had just left work at an architectural firm in Iowa. Over the past eight or nine years he has been that tie for me back to the world of academia, architectural theory and design. While other friends of mine working for firms across the globe have questioned my decision to work for a construction trade organization, Jeffrey has continuously confirmed my belief that there is good work to be done related to the study and advancement of everyday architecture and building.

You may know, tilt-up has not always been perceived as the most glamorous concept in the architectural community. Calling design professionals’ attention to the versatility, applicability and aesthetic potential of tilt-up has been a focus of our organization for three decades. The Tilt-Up Achievement Awards program has been a great tool for communicating this, and it can only be effective with the great work of our members, like Jeffrey and his firm. Powers Brown Architecture has won 21 achievement awards over the past 12 years, making them one of the top five most decorated members of all time. Jeffrey is the only two-time recipient of the TCA Irving Gill Progressive Architecture Award and has been the subject or author of more than a dozen articles for the Tilt-Up Today magazine. Jeffrey has spoken at six of the last seven Tilt-Up Conventions in addition to numerous talks he has given at other industry events. While many people need a dictionary to follow along, no one can deny the passion, incredible knowledge, and infectiousness of his talks. Overall, his work has shed new light on tilt-up and broadened the appeal for many who previously had limited knowledge and/or interest. As Paul Coonrod, a developer with Stream in Houston, said: Jeffrey was making tilt wall sexy.

Jeffrey coauthored an article in 2011 for Tilt-Up Today titled “Tilt-Up as a Reemerging Design Technology.” In it, he gave a brief history of tilt-up (establishing its high-design pedigree), surveyed examples of serious architects’ work in tilt-up over the past 25 years, and challenged today’s design professionals to take note of tilt-up’s potential. Some of the ideas in this article were previews of Jeffery’s work on a new book that would be published in 2014, Tiltwallism – A Treatise on the Architectural Potential of Tilt Wall Construction.

The TCA celebrated the publication with a book signing during the American Institute of Architects’ national convention in Chicago that year. Our message at the event featured one of my favorite concepts of Jeffrey’s: the book was aimed at the dangerously uninterested architect. In the book he refers to the architectural potential of the method as neglected territory since this was the first time in history the architectural community had given serious attention to this century-old construction methodology.

In 2016 I was proud to be in Philadelphia as Jeffrey was elevated to the American Institute of Architect’s prestigious College of Fellows, largely for his work and research on tilt wall construction. I guarantee this is also a first.

His interest in the topic has not waned. He wrote a series of letters, “Observations on the Quotidian,” during his presidency of the TCA as a follow-up to his talk at the International Tilt-Up Convention and Expo in 2015. These letters explore a peculiar relationship between the practicing architectural community, the architectural elite and academia, the construction industry and commercial development realities.

In the midst of publishing his book, sending his daughter off to college, running his expanding and award-winning practice, during times of incredible boom, recession and disaster, Jeffrey gave assiduously to this association. His investment in this organization is invaluable. 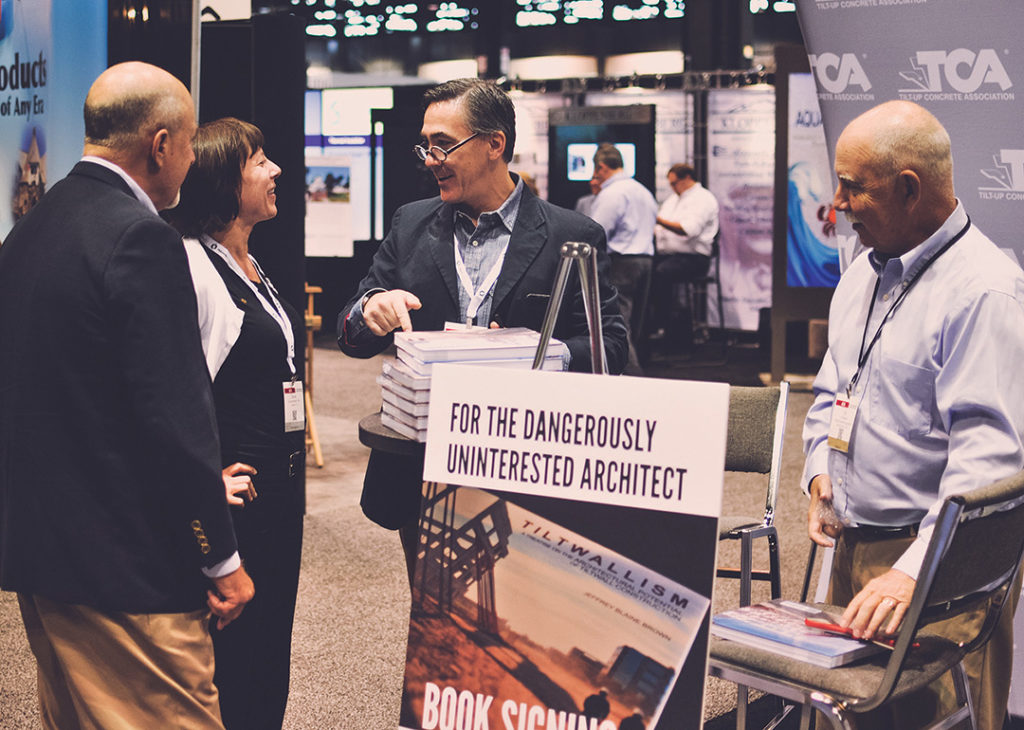 We were at an event at the top of the Transamerica Pyramid in San Francisco when the president at the time, Kim Corwin, along with the incoming president, Shane Miller, and I asked Jeffrey to serve on the executive committee as vice president. I knew he had turned down board positions and presidencies with other organizations, as he takes those commitments very seriously, but I also knew how important it was to capture his attention and energy for this industry. He didn’t hesitate.

His presence in board meetings has always been entertaining. I remember talking through the membership report at the board meeting earlier that evening in San Francisco when Jeffrey interrupted me, calling expiring members to secure their renewal. Ever since then he has made this a goal and has challenged other board members to do the same at each meeting.

Of all the things Jeffrey has done for the association, the most significant has been to bring more of us together. During one of his first board meetings, Jeffrey pledged to recruit 20 new members to the association in just a few months. This was at a time when membership was in steep decline due to economic recession. I remember the simplicity of his pitch: “If you’d like to continue doing work with Powers Brown, I suggest you start supporting the TCA.” He was unremitting, and it didn’t stop with clients and collaborators—he insisted on his competitors’ participation as well.

In an interview published in 2011, Jeffrey outlined the benefit from a professional perspective of this goal. “Really very much the same benefit in any democracy you join: I will do my best to represent your interests and contribute to the whole mission,” he said. “It puts us all in it together in no uncertain terms – my contractor colleagues, structural engineers and many subcontractors all have common ground in this organization. That cannot be said for any other group we individually belong to, and that is where the future power of the TCA’s voice will be found – the diversity of professions that have tilt-up in common.”

Over many old fashions in many cities across this country, Jeffrey has influenced my work for this organization and has challenged me personally and professionally. Jeffrey has been a good friend to this industry, this association and me. I deeply value all that he has given to us. While his term as president is over and his work on the board of directors is nearing its end, I am positive his work in and for the industry is nowhere near complete.