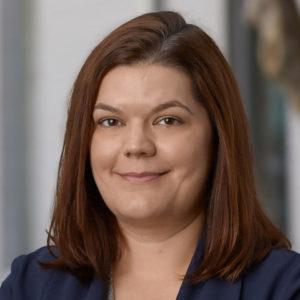 “AJ came to Powers Brown Architecture fresh out of architecture school and quickly proved her acumen and agility in translating her academic architectural design skills to the commercial marketplace. Her exceptional design talent, coupled with her skills in client relations and professional leadership, have enabled her to ascend from team member to Design Team Manager, and now, I’m proud to say, Principal,” noted Jeffrey Brown, FAIA, Founding Principal and CEO.

A graduate of the Hines College of Architecture at UH, Breneman is a member of the American Institute of Architects and is actively involved in the Greater Houston Partnership and NAIOP. She is a native of Kerrville, in the Texas Hill Country, and resides in Spring, Texas.

Powers Brown Architecture, a professional services firm with offices in Houston, Washington, D.C., Denver, Toronto, and St. John’s, Newfoundland, maintains a diverse architecture design, space planning and urban design practice that spans from regional to international projects. Founded in 1999, it has built a reputation for specialized design and technical superiority, producing award-winning work and gaining recognition from local, regional, and national organizations. The firm has designed nearly 30 million square feet since its inception and has won more than 80 design awards as well as having 45 buildings with LEED certification. In addition, Powers Brown Architecture’s work, architects and design staff have been featured in Architect and Texas Architect, as well as various business journals around the country.