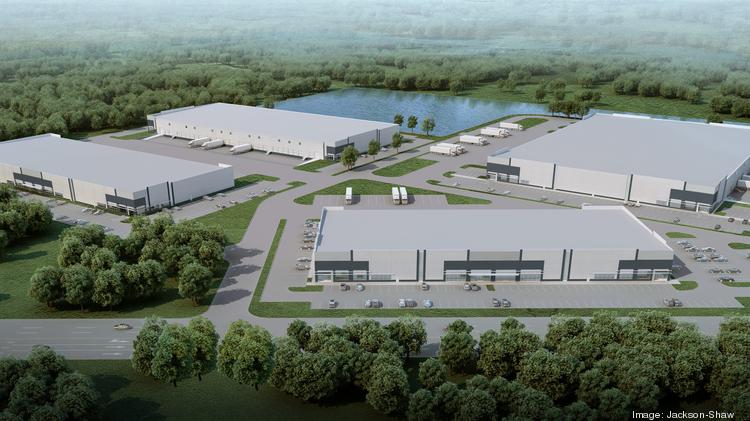 A Dallas-based real estate developer plans to build a four-building industrial business park in northwest Houston that is scheduled to deliver by the end of 2020.

Jackson-Shaw confirmed it has purchased a 45-acre parcel at the intersection of FM 1960 and Bobcat Road to build an industrial business park, dubbed Nexus Park NorthWest.

The speculative project will provide 476,640 square feet of Class A industrial space across four buildings. The structures will be able to accommodate tenants looking to occupy 15,000 square feet to 200,000 square feet.

The property where the business park will be located was assembled from multiple landowners and is platted into a single lot. The lot has not yet been issued an address.

Jackson-Shaw did not disclose how much it paid to acquire the land. However, Harris County Appraisal District records say the parcels had a combined value of $5 million as of Jan. 1, 2019.

Dallas-based Diamond Realty Investments Inc. is acting as equity partner on the deal. Jackson-Shaw has tapped Houston’s Burton Construction as the general contractor for the project, with Houston-based Powers Brown serving as architect. The Houston office of Kimley-Horn is serving as the civil engineer. Dallas-based Comerica will provide construction financing, Jackson-Shgaw said.

Beau Kaleel and Michael Foreman of Cushman-Wakefield’s Houston office are managing the leasing assignment for the development.

Houston developers are continuing to move aggressively to build new industrial developments in and around the city.

Just this week, Atlanta-based Stonemont Financial Group announced it was set to break ground on a 540-acre warehouse park outside of Houston. The Southwest International Gateway Business Park will be located about 60 miles southwest of Houston in El Campo.

Meanwhile, other firms are deepening their bench of experts focused on the city’s industrial market.

Dallas-based Stream Realty Partners recently announced the hire of Tyler Maner to serve as managing director of a new team in Houston, which will focus on representing tenants and owners that occupy industrial space in and around the Bayou City.